HomeBlogUncategorizedTrump the Non-Medical Doctor and His Claims

Trump the Non-Medical Doctor and His Claims

There’s More to Fear than just the Virus

There are two primary ways of playing doctor: One, be a kid (5 and under), and look into mommy’s ears with your ear-scope. Big boys and girls can be doctors! Mmmm, Spaghetti O’s and grilled cheese!

The second way of playing doctor is to be more grown up and tell your patient to undress as you do things (with or without your Magic Wand) that no respectable doctor should.

There is one primary way of becoming a doctor. This is much more intensive than buying a Fisher-Price Stethoscope or harnessing your lover’s arms and legs to the bed as you (Mr./Mrs. Gynecologist) take a closer look at her Virginia.

Now, for the person who wants to become a real doctor, they need to go to school for eight or so years (more if they take a year or two off for self-discovery). At school, they learn many important things, so they know when doing a heart transplant, not to kill their patient.

Getting a medical degree is no cakewalk—you get your hands covered in shit, blood and have to stick your hand into the stomach of a corpse to discover where the large intestine REALLY is. During/after school (not sure which one) emerging doctors do a residence, where they work for free and shadow your primary care doctor while your clothes are off, and you tell them about those strange moles on your anus.

Doctors put in their time so that they can make informed decisions, many of which have to do with life or death. They are credentialed for a reason. We care more about the certification that a doctor has (while he’s putting you under anesthesia) than the guy who wraps your Cheesy Double Beef burrito at Taco Bell. Wrap it sloppy and it still tastes good!

Enter stage right, Mr. Donnny, a.k.a. big doofus. He’s standing there, with the Coronavirus Task Force, the stone face of Pence by his side, years of American pride looming in the decorated White House. He thinks it’s fun playing doctor. It only brings into question his sanity and authority. No biggie.

The President said, “supposing we hit the body with a tremendous — whether it’s ultraviolet or just very powerful light.”

“Supposing, you brought the light inside the body,”

“Which you can do either through the skin or in some other way.”

So his claim is basically bogus. However, there is a light therapy underway developed by a nonprofit hospital in Los Angeles, where they insert (DOWN THE TRACHEA) a medical device consisting of LED lighting.

But, experts in Medical (😉) quickly cautioned against using UV light as a treatment for the COVID.

The experts (International Ultraviolet Association and RadTech North America) don’t seem convinced Trump is on to something.

A joint news release from the groups said, “We would like to inform the public that there are no protocols to advise or permit the safe use of UV light directly on the human body at the wavelengths and exposures proven to kill viruses such as SARS-CoV-2 efficiently.”

Aw shucks; kick a guy while he’s down.

Trump said afterward that he was “responding to reporters like just to see what would happen. I was asking the question of the gentleman yesterday, and if the sun is out, it goes in a way less than a minute. That was done in a sarcastic question.”

I’ll just leave that there to rot.

An unproven drug that Doctor Trump has, again and again, bolstered his support for as a Covid19 remedy. It is a malaria drug that seemed like a Coronavirus quick fix.

Well, a whistle blower Rick Bright (who “worked” for the government) spoke up about it. He wasn’t super happy with Mister Trump throwing this random drug out there without trials or proper protocol. Now lawyers and investigators find ‘reasonable grounds’ whistleblower faced retaliation from Trump administration for opposing hydroxychloroquine.

Trump promoted this drug out of nowhere as a “game-changer” with little evidence.

The whistleblower Bright said, “I witnessed government leadership rushing blindly into a potentially dangerous situation by bringing in non-FDA approved chloroquine from Pakistan and India, from facilities that had never been approved by the FDA,” and “their eagerness to push blindly forward without sufficient data to put this drug into the hands of Americans was alarming to my fellow scientists and me.”

The guy is set to testify before the House committee very soon. We will see just how disgruntled he is.

We keep the things that clean stuff but can kill us under the sink, right? Do you enjoy a sip of bleach with your morning coffee when you’re dealing with a cold? Let’s hope not.

How about if the President of the United States said it was okay? Would you allow medical experts to slip a little spot of deodorizer in your blood?

Trump said, “The disinfectant, where it knocks it out in a minute and is there a way we can do something like that by injection inside, or almost a cleaning. It gets in the lungs.”

He is suggesting that injecting some disinfectants can be an efficient treatment. This one is absolutely terrifying. Don’t drink disinfectant okay?

I am no medical doctor, so I don’t suggest medical treatments about the current Pandemic. But I am a polyglot, and a teacher of language. I instruct my students of all ages every day to speak, think, express, and feel in Español, a language of love spoken by 400 million people worldwide. Come and join us for our quarantine specials and remember to stay safe, listen to your body, your doctor, your spouses, and try not to take medical advice from Mr. Trump, please.

5 Ways to Deal with Coronavirus Boredom 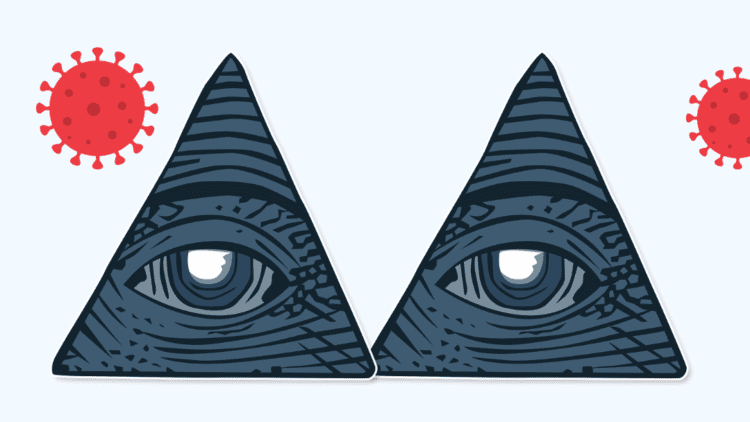 The Hunt for the Conspira-Truth of Coronavirus