We bet we got your attention with that headline, right? How exactly can alcohol makes learning a new language any easier? Well, we can pretty much rule out that slurring counts as a new language and mumbling doesn’t count, either. Where the interesting data tells the story is in a recent study published by the Journal of Psychopharmacology. Here’s how it worked.

Germans Speaking Dutch After A Brewskie Or Two

Three sets of researchers representing Maastricht University, the University of Liverpool and King’s College London pooled together 50 people. These subjects spoke German as their mother tongue. They had also just recently learned how to speak Dutch. Are you following this? The 50 study subjects were given a beverage to consume. The beverage was either a low alcohol drink or one that contained no alcohol. Just the researchers knew who was drinking what. Then the fun began. The 50 participants were then instructed to converse in Dutch for a few minutes.

So, these slightly inebriated Germans and those who thought they were, all had a pleasant chat about random things in Dutch. The conversations were recorded and then analyzed. A pair of native Dutch speakers reviewed the audio without knowing who had alcohol and who didn’t. The results were sobering. Okay, that’s our play on words there. Still, the results made us want to start drinking a little bit more before that new foreign language test or film festival.

The Germans that were slightly buzzed actually scored higher than the non-alcohol drinkers. Seriously. In fact, the two Dutch reviewers indicated that the best speakers in the bunch were nailing pronunciation like pros. The data made it clear that if you want to learn how to speak, say, the Spanish language, a shot or two of alcohol will increase your ability to learn and study.

But Doesn’t Alcohol Actually Cause Impairment?

Well, isn’t this an interesting development? With alcohol known as a tool that tends to impair cognitive function, you know, memory and attention, how did this happen? The researchers acknowledge that alcohol does cause impairment but it also reduces social anxiety and elevates self-confidence which could play a role when deep in conversation with someone else.

You had to see this coming. Researchers point out that the test subjects who consumed alcohol had only a small amount of a low dosage of booze. Although it does bring up some interesting questions as to why the brain will operate in such a manner with a foreign language when the same brain can cause us to stumble our way through our own mother tongue after a few too many drinks. They also say that although the study gives some interesting results, it’s all preliminary. That’s another way of saying there needs to be some more serious research conducted and the line to be part of the process starts just behind us! 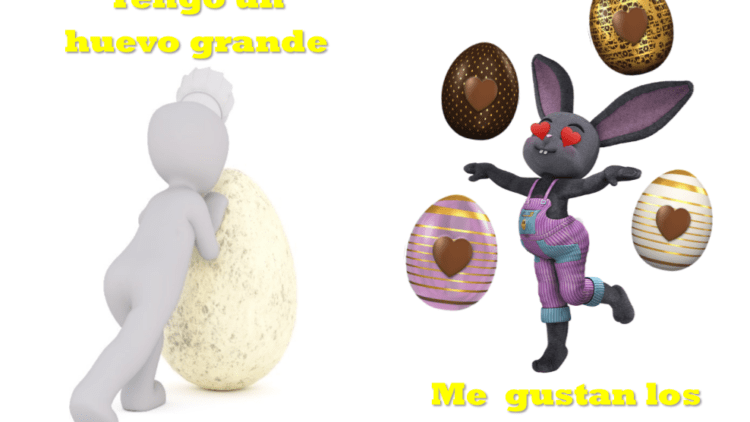 ¡Yo tengo un huevo bien grande! I have a Very Big Egg! An Easter Miracle!